The saying that jade can protect the body from evil is an important part of religion and culture.

To understand the phenomenon that people wear jade to protect themselves from evil, we must start with our cultural development. As early as in ancient times, our ancestors began to explore jade. In the minds of ancestors, nature has its own inherent potential of life, and all have the same spirituality as human beings. This is the concept of the so-called "everything is alive." The "spirituality" and the mysterious life force, which are the origin of life, are permeated in various kinds of substances, and they are infiltrated by human contact, induction and human interaction. Thus, the original religious belief came into being. Under the drive of this religious complex, the ancestors worked hard to create a mysterious atmosphere full of spirituality. The concrete manifestation was to use various images through tattoos, accessories, and other mysterious objects other than human beings. Communicate to gain the spirituality and vitality of all things. Most of the earliest accessories were taken from real objects such as animal bones, teeth, skin, feathers, etc. They think that wearing such things as jewelry can have the spirituality and strength of the animal. 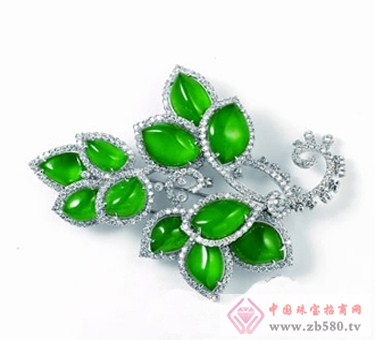 In the Neolithic Age, it was gradually developed from wearing a physical object to wearing a variety of animal objects. As a result, the original sculpture was revealed. In the process of sculpture, the ancestors gradually realized that among the various stone materials, there are beautiful and high-quality people, and they are named after jade. The word "çŽ‰" is one of the oldest words in China. In the oracle bones, it has already appeared. It is a pictographic character. The first intention is to connect three pieces of horizontal jade with a piece of jade. Jade's carving and production techniques have developed rapidly and have reached a fairly high level in the primitive society. In terms of the archaeological excavations that have been obtained so far, the tortoise-shaped jade ornaments discovered in the Hongshan Cultural Relics of Hutougou, Liaoning Province, the jade pigs unearthed from the Hongshan Culture of Lingyuan Niuheliang, and the jade found in the Longshan Cultural Site of Shenmu, Shijiazhuang, Shaanxi Silkworms, etc., can prove that the ancestors have been skilled in the use of cutting, cutting, chiseling, digging, drilling, grinding, polishing and other techniques to make jade. In the cultural environment in which the original witchcraft prevails, these ornaments are generally considered to be the Guardian of the Evil.

History has developed into the Yin and Shang Dynasties. Yin people believe in ghosts and they like Meiyu very much. During this period, jade articles were made up of the dual advantages of gathering jade materials produced in the west and jade jade technology in the east. In the tomb of the Yinxu Women's Tomb, there are as many as 755 burial jade articles. The wind of the nobles and the jade is evident, and the animal jade ornaments are the mainstream. With the convergence and integration of cultures in different regions, the jade craftsmanship has gradually matured in the process of mutual reference and integration, and the category has increased greatly, which is called prosperous. Therefore, the requirements for the quality and taste of jade are also getting higher and higher. Only the texture is tough, shiny and lustrous, the color is beautiful, the organization is fine and transparent, the sound is soothing and the beauty is far away, and the name of jade can be obtained. The amphibole produced in Hetian, Xinjiang, is a kind of authentic jade material and is worthy of the city because of the freedom of sheep fat, luster and warmth. In addition, the ancient wizards gave the jade a function to ward off evil and disasters. Therefore, the society generally believed that the jade carving beast It can avoid evil and disasters, and the jade carving dragon brand can be safe forever. Such products are naturally becoming the mainstream of jade.

Later, with the introduction of Buddhism to China, people used the jade Guanyin, the jade buddha or the wishful pendant, the Fu Lushou pattern of jade to cultivate self-cultivation, stunned, avoiding evil, and avoiding evil. In fact, they used religious beliefs to balance their mentality and self-cultivation. Restrict yourself, eliminate all kinds of evil thoughts in the mind, avoid disasters, and pray for peace and good luck. In addition, jade jade also has the effect of body protection, such reports are not uncommon, such as someone accidentally fell, the jade bracelet is broken, the wrist is safe, blocking the instant disaster.